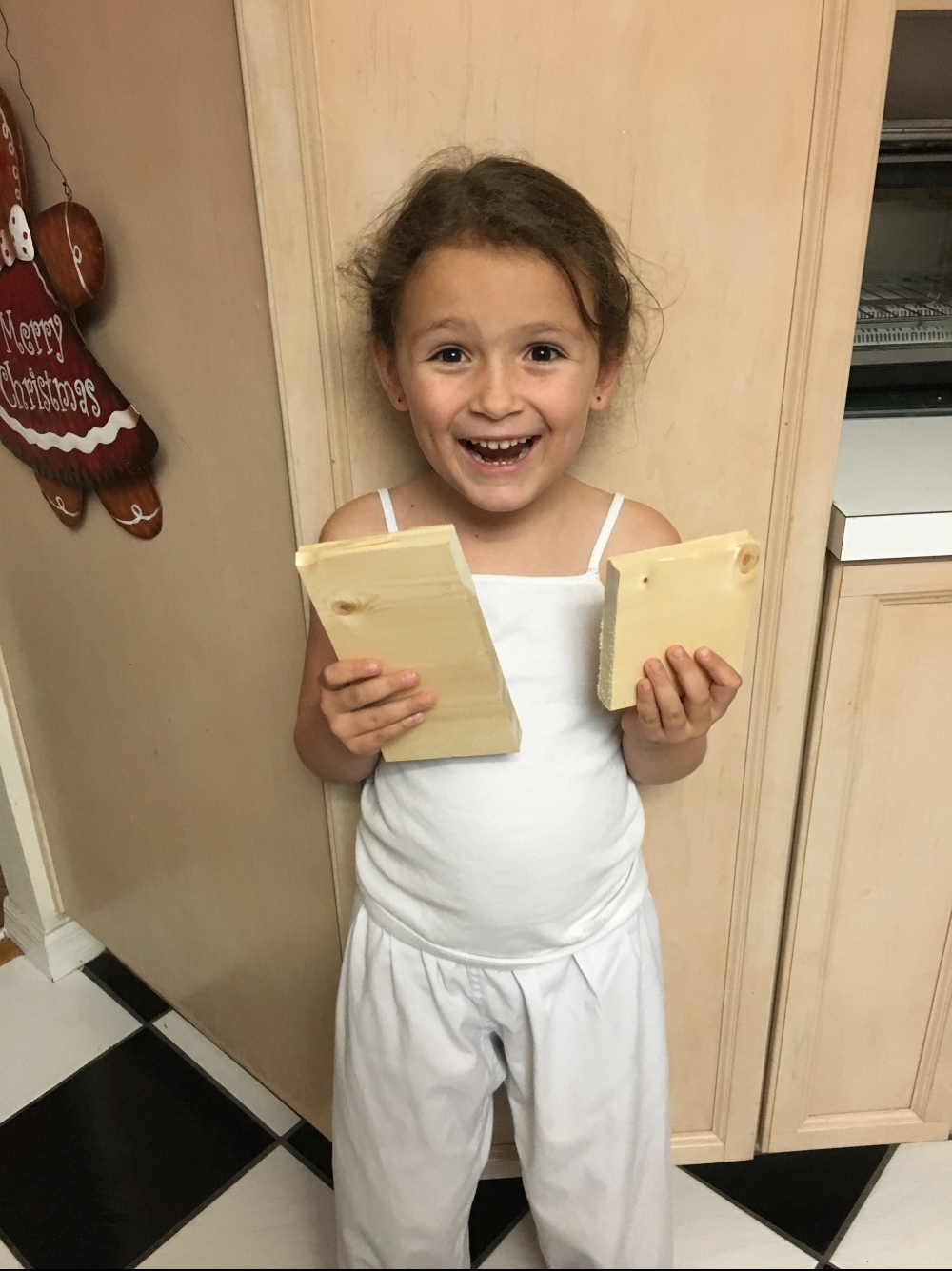 I’m excited to interview my youngest member at Hall of Martial Arts this month Amelia Rojas and her mother Samantha Rojas. Amelia is a wonderful student with so much spirit and curiosity.

Amelia, how old are you and how long have you been training karate?

I think I’ve been training karate like a year and a half and I’m six and three quarters, about to be seven.

Why did you want to try karate?

Because of the movie Kung Fu Panda.

What is your favorite part of karate?

Just every part. I like the kicks and everything.

Are there any big goals you have for your training?

Yes, I want to at least get a black belt like Sensei Eli.

Is there anything you want to learn or do with your karate training?

I want to be just like Sensei Eli and have my own karate class. I want to go to Japan with Sensei Eli and watch him do his katas with his Sensei. And try all the sushi in the world!

Do you have a good story about your karate classes that you can share?

Well, when I first started I wasn’t that good, but as I get to higher ranks I start to get better and better. That’s the really cool thing about karate to me.

Maybe you could share with us something cool and/or funny that happened in karate class?

I was really really excited when I broke my first board that Sensei Eli was holding in the air and wasn’t on the ground. Oh and I like it when Sensei tells me silly karate names that make me giggle or other Japanese words. One time he told me the Japanese word for penguin was PENGUIN! That made me laugh.

Do you have tips or advice you could share with new students?

I think their goal should be to get to the next belt. You just have to try, try again when you don’t get it the first time. That’s what I do.

Here is what Samantha had say about Amelia’s experience at the dojo.

Why did you enroll Amelia in karate classes?

She initially asked when she was four,but we thought it was not realistic considering her reasoning was based on a movie. However, my husband and I started talking about all of the structure, inner discipline and strength both mentally and physically that she could gain. By the time she asked again, I already had a recommendation from a friend to contact Sensei Eli.

Did you ever think your daughter would enjoy karate?

I did not! I honestly thought she’d be bored after one class. She is very creative and loves to dance so I just knew she’d enjoy dance class. To our surprise she was bored with dance in no time. Karate was definitely her favorite time of the week. She would always complain that dance was so boring and she wanted to go to karate so she could move. She’s even disappointed when it’s closed for the holidays.

What benefits for Amelia have you found in this activity?

We have enjoyed watching her grow with her chosen sport. She’s so confident when she shows friends and family one of her katas. It’s such a strange but amazing feeling to watch your child set goals at such a young age. She tells us she will be a black belt and go to Japan with Sensei Eli all the time. She is so confident that I have to believe her. It’s also wonderful to have someone like Sensei Eli lifting those little aspirations up and giving them wings. He has been a wonderful example of kindness and good sportsmanship. He allows her to question everything and takes the time to explain. He has given her a place to feel intelligent and strong, but still be able to make mistakes without the fear of failure or disappointment.

Are there any really memorable moments that you could share with us?

I think my favorite thing so far was the day she wore the birthday black belt in class. She seriously thought she was a black belt that day. She wore that belt and that mindset for the entire class. She was fierce. At one point she even attempted to discipline some of the older advanced belts. They told her she wasn’t really a black belt, but Sensei Eli backed her up and reminded the older kids that she was a higher rank than them. I just sat there giggling at the smug look on her face.

Do you have words of wisdom for other parents or students just starting out?

Enjoy. Enjoy watching your child grow and be ambitious. Enjoy watching them make friends and fall in love with a sport. Take the time to sit and watch them. Amelia loves when I record her newest kata, because she can watch it at home to practice. I can not recommend Sensei Eli enough. I truly believe he is just as excited watching her advance and learn each week as we are.